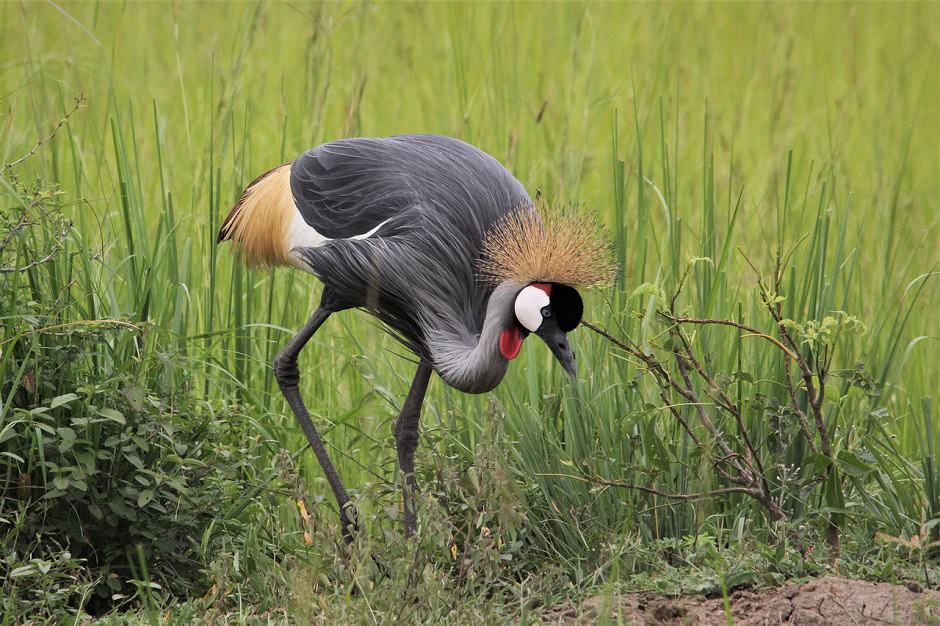 The best time to plan your vacation is purely dependent upon the sightseeing activities.

In this article, we’re going to tackle a couple of topics to help you make a decision. Let’s divide the year into three periods, with each having its unique attraction but paying close emphasis to the great wildebeest migration.

There’s not a single time when visiting East Africa that you can be disappointed, but with each season comes its advantages and disadvantages.

When In Where to Visit East Africa

At first, expect mild temperatures, and short rains are expected—diving in Zanzibar to Gorilla trekking in Uganda and Rwanda, which is quite captivating.

East Africa summertime. Temperatures are mild and friendly, with a typical 28 ° C high to 15 ° C low.

Where to visit and when:

Serengeti. As the rains begin in mid-November, the wildebeest herds migrate to Serengeti’s southern and eastern plains and Ngorongoro Crater Conservation Area in the North. If you want to see predators in motion, there’s plenty of excitement to the February calving season.

Lake Nakuru. The Rift Valley lakes in Kenya are at their best in January and February in terms of birdlife. The hundreds of thousands of flamingos converge at Lake Nakuru. The sight is just breathtaking.

Mount Kilimanjaro. Visit over the warm months of January and February if you want the best conditions to ascend Africa’s highest peak.

Gorilla Trekking in Rwanda and Uganda with the driest conditions spanning between late December to early March: gorilla treks are smoother, and the views are better.

Visit Zanzibar from late December to early March. Since temperatures are slightly higher than during the hotter and drier months of late June and October, they’re less busy, and you’ll find reasonable prices on hotels and airfares.

Don’t be scared off by the long rains: Serengeti, Lake Manyara, and Masai Mara still have beautiful safaris destinations. They are much cheaper and less crowded; and are often popular tourist destinations.

In April through May and June are probably the best months for gaming in the southern and central Serengeti. The North of the Ngorongoro Crater conservation area is packed with wildebeest herds forming large and noisy columns to prepare migration.

Ngorongoro Crater offers some of Africa’s top 5 game viewing vantage points, and it has a pretty good temperature throughout the year.

Because during this period, the parks are overflowing with tourists.  August has the highest number of visitors.

By early July, in the western Serengeti and the Grumeti reserves are packed with wildebeests and zebra herds. Not only are big cats now visible, but the herds have to cross the rivers plagued with crocodiles. Brace yourself for a spectacular Jurassic drama.

The animal’s traverse through the northern Serengeti before making it back to the Masai Mara during the dry season.

By the middle of August, the herds have managed to reach the Masai Mara in Kenya, making it a peak season game viewing.

Mount Kilimanjaro September is a perfect month to climb Kilimanjaro, so it’s July and August if you don’t like colder temperatures.

Tarangire National Park Smaller and less explored than the Serengeti and Ngorongoro Crater. The best times to visit Tarangire are from July to November, when a large majority of the animals flock the life-giving Tarangire Dam. Elephant spotting is pretty awesome, and the odds of seeing Africa’s most prominent predators in action are high.

The coldest and driest time to fly to island is between late June and October. Ideal for families.

The Advisable value for your money

The period between the short rains of November and the long rains of April and May (i.e., from early December to late March) provides an excellent opportunity to save during a vacation.

Apart from the festive season at the end of December and the beginning of January, and the wild beast calving in the Southern Serengeti during February, this period is usually called a shoulder season, with lower prices going into practice.

Keep in mind that apart from the Great Wildebeest Migration – the safari trip in Kenya and Tanzania is one of Africa’s strongest.

If you’re a lover of fun, the rainy months are the best bet. In April and May, you get long rains (for two months), while in November, you get short rains (for one month). These rainy seasons are epitomized by afternoon and evening thundershowers, along with fair weather most of the day.

The benefits of this are massively reduced costs and have East Africa on its own. Plus, the presentation of the game is outstanding and can often even be unprecedented.

Although being stuck on slippery roads may often slow your advance a little, it brings a lot of excitement to the more intrepid traveler. Plus, safari vehicles are fitted for environmental conditions.

Comprehensive Overview of When To Travel

Wildlife observation in East Africa is generally advisable during the dry season when visibility is improved due to lack of grass and vegetation, and animals and birds are forced to crowd around limited water sources. The wet and dry seasons around Africa can be defined as follows:

Equatorial East Africa has its primary dry season from June to October.

Historically, November is known as the ‘fast rain’ season, while the ‘primary’ rains host April and May.

Nonetheless, it can rain at any moment in East Africa; thus, the seasons fairly converge into one another. Specifically, December to March is seldom downpour free, just as drizzle falling in the Serengeti is vital to keeping the wildebeest groups on the southern short-grass fields where they calve.

Nonetheless, as you consider when you may have the option to travel, we would likewise call attention to the accompanying general impacts:

While game viewing might be commonly better in the dry season, this isn’t solely the situation. In the driest conditions, certain regions cannot support wildlife and are best visited when green and can give surface water.

In wetter months of the year, birding is always more accessible when breeding/nesting is carried out, and migrant species typically breed settle.

Some regions are so developed and profitable for game watching that the game watching is still superb, even at the theoretically ‘false’ time of year (i.e., during the rainy season).

As weather conditions become more difficult to forecast correctly, and the ‘peak’ season’s price becomes more and more costly, more people may be pragmatic about traveling. There can be definite benefits, aside from the price.

The East Africa game viewing is excellent and blends the top three national parks in Africa: the Serengeti National Park, the Ngorongoro Crater, and the Masai Mara National Reserve.

The Masai Mara features the spectacular wildebeest migration from August through September, which will be the best in terms of wildlife volume, which is the main game watching activity.

The movement is truly phenomenal, consisting of nearly 1.5 million wildebeest traversing the plains, along with thousands of zebra, antelope, and large cats.

On their first day in the park, some travelers are fortunate enough to spot both lion and cheetah kills.

Even though the Maasai Mara will be the busiest during this period, you can opt to visit the Ngorongoro Crater and Serengeti National Park.

At one time, the Ngorongoro was a functioning fountain of liquid magma, yet is presently a caldera with its special eco-framework.

It contains a different scope of vegetation on the cavity floor and edge, which draws in an assortment of natural life and winged creature species. On the whole floor, you’ll discover changes in landscape from thick timberland to more parched savannahs, which attract lion, zebra, eland, and other enormous felines. In the hole, there are little lakes encompassed by rich marshlands that are home to a decently wide variety of birdlife Oh, hippo as well.

Conclusion on When Is The Best Time To Visit East Africa

When you think about it, traveling to Eastern Africa is indeed favorable throughout the year

Traveling between March and May means you’re going to have to look a little harder for wildlife; the bushland is thick, so it’s much easier for the animals to disappear – but the scenery is going to be bright orange.

April to September is when the Great Exodus to the North begins, as tens of thousands of wild beasts swarm through East Africa, from the Serengeti to the Masai Mara, searching for food and shelter.

June to October is usually dryer and colder – and the busiest time of year – as the second rainy season continues from late-October and lasts until December.