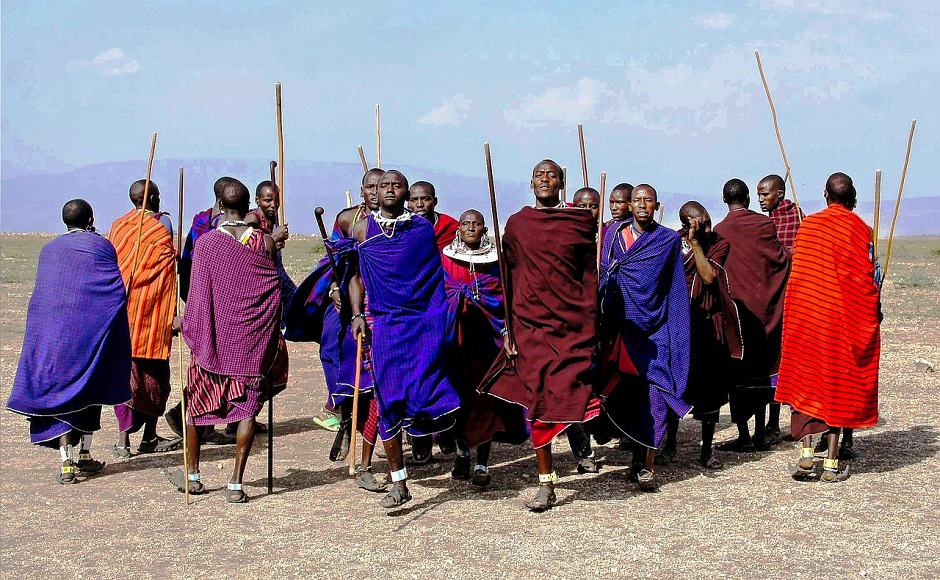 Apart from mainland Tanzania, the country also has other tourist attraction sites like the archipelagoes of Zanzibar, Mafia, and Pemba.

The country shares its borders on the northern side of Kenya and Uganda; on the southern side Malawi, Mozambique, and Zambia and the eastern borders with the Democratic Republic of Congo, Burundi, and Rwanda.

However, the country boasts of the grandest show on the continent, the ‘great wildebeest migration.

But if it’s an enthralling safari you’re looking for, Tanzania won’t disappoint.  With adventure always lurking in its fascinating national parks teeming with exotic wildlife.

Apart from wildlife, Tanzania has a lot to offer, like the idyllic beaches, Africa-Mt’s famous rooftop. Kilimanjaro and a hospitable people.

The country also prides itself on having the largest lakes in the continent, Lake Victoria, Lake Tanganyika, and Lake Nyasa.

If you’re planning for a safari, you can brush up your knowledge using the below outlined Tanzania facts before making the trip.

1.     People of Tanzania and the dressing

Tanzania is a multi-ethnic country with more than 120 ethnic communities. The Masai are Tanzania’s most well-known tribes and live in the northern parts of the country.

The Swahili speaking people originated on the Tanzanian coast after intermarriages between the Arab and Bantu. During the historical Indian Ocean trade.

Kitenge’ is an African fabric similar to a sarong. Kitenges’ are found in distinctive shapes and vivid colors, and have brief notations written on the edges-usually messages of love or friendship.

Thus, making it the perfect present to give to a beloved one.

2.     Africa’s highest-altitude and the deepest locations

Being the tallest peak in Africa, Mt. Kilimanjaro, it rises about 5,895 meters above sea level and the world’s highest independent peak.

It also has nearly all kinds of ecological environments, from farm fields to rainforests, mountain deserts, and the Arctic summits.

The site at its foot might be enthralling; it’s until you reach the peak that you enjoy the magnificent views of the serene environment of Tanzania.

Discover the widest preserved caldera in the world– the Ngorongoro crater. This also doubles as a national park providing plenty of opportunities to see the region’s fascinating biodiversity.

The world-famous Ngorongoro Crater, situated in northern Tanzania, is another must-see destination in Tanzania. A result of a volcanic eruption, the Ngorongoro crater, this lush valley is one of the most stunning natural wildlife safari destinations globally.  The crater has also been named one of the Seven Natural Wonders of Africa.

The crater’s intricate nature has created a fascinating ecosystem that offers some of the best wildlife-spotting chances.

It has the most concentrated population of lions identified, in addition to a host of other well-loved African favorites, such as elephants, buffalo, leopards, and rhino, among others.

Judging from its immense depth and broadness Lake Tanganyika is the second largest freshwater Lake globally and the largest in Africa.

In reality, it is so big that it encompasses four nations, Tanzania, Burundi, Zambia, and the Congo.

It’s termed as one of the most biologically diverse and scientifically impressive ecosystems in the world.

Due to its extensive size, the Lake harbors several islands like Kavala and Mamba-Kayenda Islands in Congo and Mutondwe in Zambia, among others

4.     Home to tasty and distinctive Cuisines

Tanzania offers mouthwatering cuisines that will leave you craving for more, enliven your palette with game meat delicacies such as crocodile, warthog, and antelope.

Incase game meat feels like a bit too much for you; you can choose to savor some of Tanzania’s staple dishes like the tilapia cod, pilau rice.

It’s the use of the spices that make the food unique, and in a variety of traditional recipes, the use of coconut, cardamom, garlic, and turmeric feature prominently.

The baobabs are magnificent and awe-inspiring trees that feature mainly in the Tarangire National Park. Because of their massive hollow tree trunks, they offered shelter for the bushmen.

Thus, nicknamed ‘the tree of life’ because animals tend to feed on its fruits while elephants peel the bark because it’s succulent.

Somewhat a mysterious phenomenon spotting the lion prides on treetops.

It’s believed to have started as a behavioral measure where the cubs would see the older lions climb a tree to escape the scorching sun and dodge the tsetse flies. But overall, an elevated position provides a good vantage point for the lions.

The best way to round off an Afro-safari is to visit the breathtaking archipelago of Zanzibar.  Some of the best beaches in Zanzibar include Nugwi and Kendwa beaches.

They are the only beaches on the island with clear turquoise water and white sand on its shores.

Expect to see tigers, elephants, giraffes, and cheetahs wandering across their natural environments. You’re not going to have a better shot somewhere else on earth of spotting the big five.

Time your itinerary right, and you’ll be fortunate enough to see the great migration – the largest nature exhibition on earth, with millions of wildebeests and thousands of zebras migrating through parts of Kenya into Tanzania in search of the best pasture fields.

Zanzibar has a leopard population of its own. The Zanzibar Leopard are indigenous to the island and considered to have become almost extinct by some authorities.

The world’s largest crab, coconut crab, is located in Tanzania. Arguably, it’s just one of the most surprisingly tasty crabs in the world.

The Birgus Latro’-coconut crab inhabits Chumbe island’s waters and draws its name from the ability to crack open coconut fruits.

9.     Where the shortest war in the world happened?

Many of the wars that we know from world history were all grueling and protracted. However, Tanzania has yet another world record as the country where the World War was the shortest.

Somewhere between 40 and 45 minutes, the 1896 war between Great Briton and Zanzibar came to an end. England took the victory with just one citizen hurt, and more than 500 people were killed or injured on the losing side.

10.Have the most species per square and a location where new species are coming up

Tanzania is a home to more than 4 million wild animals.

The country has around 430 species and subspecies per km2, and it’s the largest animal population in the world.  Besides, about 20% of the major mammals that live in Africa live in this region.

Tanzania is one of the many regions where this phenomenon exists. For example, the kipunji monkey discovered in 2003, only about a thousand kipunji monkeys live in Tanzania!

11. Has an unparalleled ecosystem

In a category of its own, Serengeti National Park, the park has one of the world’s most ancient habitats.

In addition to its unusual biodiversity, which makes the park so remarkable, it has barely changed in a million years.

The park’s Flora and fauna are stunning and not present in many other regions of the globe.

12. The Cradle of Civilization

The renowned archaeologists and anthropologists Louis and Mary Leakey spent much of their time researching in the Olduvai Gorge, Tanzania. In 1960, at Olduvai Gorge, Leakey’s eldest son uncovered fossils of Homo habilis, an early human genus.

Mary Leakey’s team discovered hominid footprints in the 1970s at the Laitoli Site, along the Olduvai Gorge. They have been believed to date back as long as 3.6 million years ago.

Tanzania is the only tanzanite source, a semi-precious stone located near Arusha in the Merelani Hills.

A blue that displays a purple shade shimmering across it is the most desired color. Highly valued is the Tanzanite stone because it’s only mined in Tanzania.

Tanzania is a popular destination for tourists, renowned for its exotic animals, rich cultures, and ancient cities.

The Tanzania facts above make it a notable safari destination in Africa. The country offers an all year round safari experience.

Through December to May catch, the great migration and over June to November catch the animals as they concentrate around the remaining watering holes.

You can see that Tanzania is a unique and breathtaking safari destination, a destination that provides plenty of chances for spotting wildlife, fascinating and beautiful countryside.

Some footnotes to consider during your visit to this illustrious destination. It’s advisable to haggle with the local traders since they tend to exaggerate the tourists’ prices.

The majority of the Tanzania religion are Muslims and are a bit reserved in their dressing. For the ladies, it’s prudent for them to wear clothes that aren’t revealing.